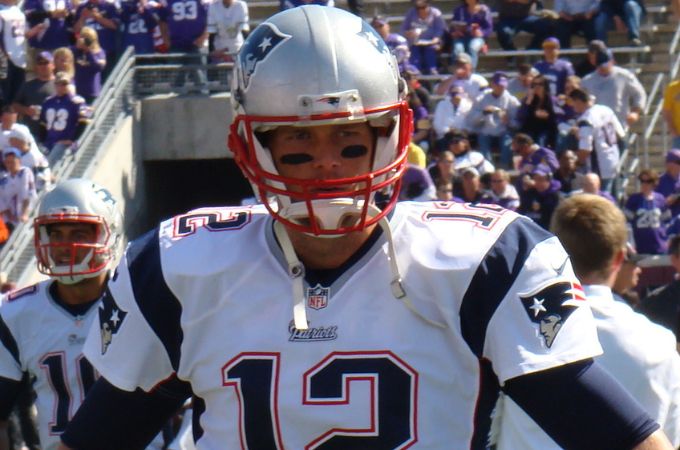 Regardless of which team you support, there’s no denying that the New England Patriots have been dominating the football scene for the last two decades. They have consistently defeated their rivals, including the Washington Commanders owned by Dan Snyder ,even at the Super Bowl itself. However, the team holding the record of most Super Bowl victories and appearances would have not gotten that far without the help of some uniquely talented players.

Tom Brady’s skills as a quarterback, for example, helped the team win its first title, and led them to win 11 consecutive division titles, all while breaking multiple records. His accomplishments turned Tom Brady into one of the most popular NFL players of all time. Although recent reports state that the briefly-retired star has signed with the Bucs for the 2022 season, his influence on the Pats legacy has been undeniable. To this day, while headlines tout Brady as the most recent athlete to pursue free agency, he’s still widely considered as among the Patriots’ biggest names. But what happened with other legends from the Pat’s dynasty?

Soon after Tom Brady joined the Tampa Bay Buccaneers, Rob Gronkowski followed in his steps, quickly becoming one of the best players on the team. When he’s not playing football, he promotes sports among kids through the Gronk Nation Youth Foundation, and makes T.V. appearances in WWE events, as well as reality shows like Shark Tank and The Masked Singer.

The three-time Super Bowl winner and yard leader stayed in the team for 12 seasons, retiring after the 2020 campaign. Edelman has used his experience as an athlete to write a children’s book about overcoming physical limitations. He also owns his own clothing brand and made appearances in popular T.V. shows like HBO’s Ballers.

One of the greatest wide receivers ever to enter the field, Moss played for the Patriots between 2007 and 2009, helping them achieve multiple victories against rivals like the Baltimore Ravens and the New York Giants. After his retirement, he joined ESPN as an analyst and collaborated with multiple charitable foundations addressing issues like children’s education and health, going as far as organizing a fishing event to collect funds to research the DYRK1A syndrome.

His work as a defensive tackle for the New England Patriots helped the team win three Super Bowls, and be selected to the Pro Bowl. Today, Seymour has turned his hobby as a poker player into a professional career. In fact, Seymour has won over $600,000 at live poker tournaments alone. He has been seen participating in the World Series of Poker main event, as well as various high-stakes games.

As a placekicker for the New England Patriots, Vinatieri is remembered for his excellent performance under pressure, even becoming the NFL’s highest scorer. Today, the four-time Super Bowl winner co-owns the Miller Vinatieri Motorsports team, together with a retired race car driver.

Wilfork used his massive size to defend the New England Patriots as a nose tackle, and is now considered one the best defensive tackles in the NFL, winning two Super Bowls. Today, Wilfork spends time with his family in Texas and was named the honorary captain for the AFC Championship game in 2018.

The New England Patriots have become probably the best football team in the NFL, but this wouldn’t have been possible without the help of talented players like Tom Brady or Rob Gronkowski. Athletes who have proven to be multi-talented, by publishing books, launching successful clothing brands, and even becoming professional poker players.

How to maximize your betting potential with betting football sites If you like football, you probably also like to bet on the sport. You might...
Read more
Previous article
Top 5 All-Time Canadian NHL Teams
Next article
Super Bowl LVI: Bills and Bucs Lead The Race